Choosing your breast cancer surgeon is a very important decision, as not only may it influence the range of surgical options you are offered, but your breast surgeon acts as the “gatekeeper” to your entire specialist multidisciplinary breast cancer treatment team. (1) 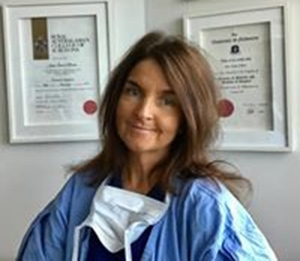 It is useful and informative for breast surgeons to regularly undertake a formal assessment and analysis of their surgical activity for breast cancer, and in my opinion, this information should ideally be available to existing and potential patients.

An audit of the twelve month period Jan- Dec 2016 revealed the mastectomy rate (40%) to be similar to recent previous years and the immediate reconstruction rate continues to increase (84%). 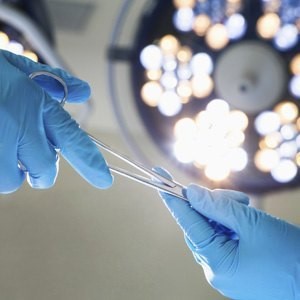 All women with LABC proceeded following completion of chemotherapy with preplanned mastectomy without reconstruction.

In the remaining 60%, all of whom had “operable” breast cancer at diagnosis, neoadjuvant chemotherapy was undertaken in the context of a potentially “chemosensitive” subtype ie triple negative breast (TNBC) or HER2+ve. 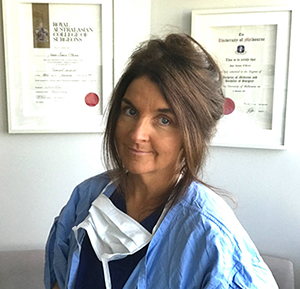 All but one patient was a proven BRCA mutation carrier. 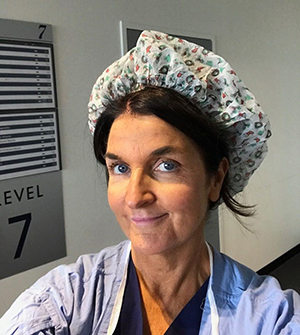 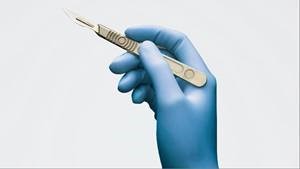 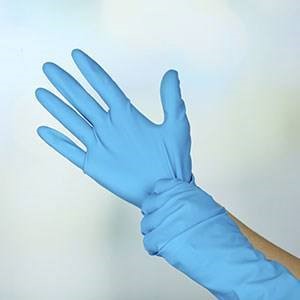 Direct-to-implant (DTI) reconstruction is a newer technique that is not yet widely available in Australia. It is an alternative approach to the traditional expander-implant breast reconstruction, allowing the placement of a breast implant right after a mastectomy is completed, in one operation. 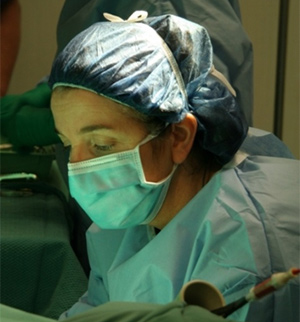 A significant contributing factor to the increase use of this technique is the relatively recent availability of Acellular Dermal Matrix (ADM) and mesh products in Australia, many of which are now funded. DTI reconstruction aims to provide one-step surgery through the use of a specialised surgical mesh (biological Acellular Dermal Matrix (ADM) or prosthetic mesh eg Titanium-coated polypropylene mesh- TiLoop®) to create a sling within the chest that cradles the permanent implant, which is inserted at the same time.

As the surgeon can manipulate the implant position within the sling, the result is a more natural looking breast. The ADM provides a ‘hammock’ that cradles the breast implant, helping to create a natural droop, shape and contour.

The procedure is suitable for selected women who are having nipple-sparing (or skin-sparing) mastectomies and are seekingimmediate reconstruction. The option of nipple-sparing mastectomy with DTI reconstruction is particularly attractive to younger women with a genetic disposition to breast cancer, undergoing bilateral risk reduction mastectomy.

A DTI procedure has obvious appeal to patient and surgeon alike, but not everyone is a candidate for single-stage reconstruction. The key to success is in patient selection, technique, and intraoperative decision-making.

Patient selection begins at the initial consultation. The history assesses the overall health of the patient and treatment plan, previous surgeries and co-morbidities, current medications, and smoking status. The ideal candidate for DTI reconstruction is an otherwise healthy non-smoker with a small to moderate sized breast, and who desires to be a similar breast size. (2,3)

If a patient wishes to be signicantly larger in size, this is typically more safely done in two stages with tissue expander-implant reconstruction. Patients who have multiple medical co-morbidities that increase the complication risk may be better served with delayed reconstruction.

Active smoking and pre-existing scars on the breast adversely affect skin perfusion and thus DTI may not be possible. The skin of the large breast may also pose challenges as it tends to become more ischemic than the skin of smaller breasts with mastectomy. Therefore, even though there is often an excess amount of skin available to use, reconstruction may need to be done in two stages or it may even need to be delayed.

Even if the patient meets the criteria, and is a candidate for DTI reconstruction, the final decision on DTI is made in the operating room based on the health and perfusion of the mastectomy skin envelope, and the surgeon should be prepared to do a tissue expander reconstruction if required. By limiting the volume of the tissue expander at the initial operation such that the skin envelope is expanded but not under tension, the risk of mastectomy skin flap and nipple-areolar ischaemia is reduced. 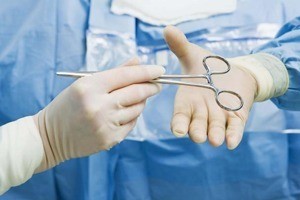 The decision to proceed with immediate one-stage or two-stage breast reconstruction depends on multiple factors related to the patient, disease, and treatment. Perfusion to the skin and nipple comes primarily from the breast that must be removed. Thin mastectomy flaps are desirable from an oncological standpoint because leaving fibroglandular tissue behind poses an oncological risk, but the risk of damage to the subdermal vascular plexus, the only remaining source of skin perfusion after mastectomy, is increased, and damage can result in the remaining skin becoming ischaemic and can hinder healing after mastectomy.

Those commonly believed to be the best candidates for one-stage implant reconstruction: young, thin women, with no pre-existing medical comorbidities or history of smoking, who desire reconstructions similar to or smaller than their original breast size.

Although the concept of having everything taken care of in one operation sounds great, and the DTI procedure can be a great option for some women, calling it “one and done” as it is commonly referred to in the USA, can be misleading, as over 30% of women will need further revisional surgery. The main advantage of direct-to-implant breast reconstruction is the elimination of the lengthy, inconvenient and occasionally poorly tolerated tissue expansion process, which can be uncomfortable and requires multiple office visits. 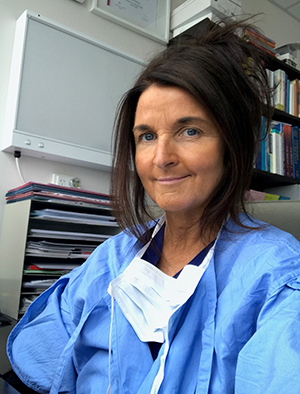 The technique of one-stage direct-to-implant reconstruction with acellular dermal matrix has certainly expanded the surgeon’s repertoire and given carefully selected patients an opportunity to have a one-stage option, especially in conjunction with nipple-sparing mastectomy (NSM). If you are interested in exploring whether the option of a reconstruction incorporating the use of a mesh or ADM is something that may be considered in your case, you should check as to whether your particular treatment team has experience in its use.