Mastectomy, or removal of the breast, may be performed for one of two reasons. The commonest reason is to treat disease of the breast (usually preinvasive or invasive malignancy). This is a ‘therapeutic” mastectomy. The other reason is to reduce the subsequent risk of developing malignancy by removing “normal” breasts. This is known as a “risk reduction” or “prophylactic” or “preventive” mastectomy. These terms refer to the reason that the mastectomy is being performed. This is not the same as the different varieties of mastectomy (radical, simple/total, skin-sparing and nipple-sparing/subcutaneous) outlined in Types of Mastectomy which refer to the type of the actual mastectomy surgical technique itself, not the reason for the mastectomy being performed.

Prophylactic or risk-reducing mastectomy is done to prevent or reduce the risk of breast cancer in women who are at high risk of developing the disease. Many women who choose to have risk reduction mastectomy also decide to have breast reconstruction.

What alternatives to surgery exist for preventing or reducing the risk of breast cancer in women at high risk?

Risk-reducing medication for women at increased risk of breast cancer

Medications to Lower the Chance of Breast Cancer

Medications to lower the risk of breast cancer

Doctors do not always agree on the most effective way to manage the care of women who have a strong family history of breast cancer and/or have other risk factors for the disease. Some doctors may advise very close monitoring (regular checkups that include a clinical breast examination performed by a health care professional and multimodality imaging with mammography +/- breast MRI) to increase the chance of detecting breast cancer at an early stage . Some may prescribe tamoxifen or raloxifene, medications that have been shown to decrease the chances of getting breast cancer in women at high risk of the disease, while others may recommend consideration of risk reduction mastectomy. The purpose of this section is not to debate the relative merits of the various alternatives, but to explore the potential indications for risk reduction surgery, which is based on preventing the development of breast cancer as opposed to surveillance programmes which aim at early detection of breast cancer.

How effective is risk reduction mastectomy in preventing or reducing the risk of breast cancer? 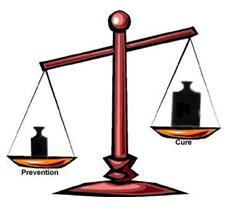 Why would a woman consider undergoing bilateral prophylactic mastectomy (BPM)?

Women making the decision whether to have risk reduction mastectomy are understandably concerned about the final cosmetic result and about postoperative morbidity. For these reasons only a proportion of eligible BRCA carriers opt for prophylactic breast surgery in the first place. For most, preservation of body image is an important factor in deciding against the operation. It is therefore essential that we consider ways to improve cosmetic outcome. Research has suggested that the cosmetic results of nipple-sparing mastectomy with reconstruction are better than those in which the nipple and areola are removed. Importantly, women who consider prophylactic mastectomy generally assume that the cosmetic outcome will be better if they are able to preserve the nipple–areola complex and this assumption determines their decision-making. It will cause some patients to decline prophylactic mastectomy if nipple-sparing mastectomy is not offered. It is predicted that if nipple-sparing mastectomy were more routinely offered that the rate of women undergoing risk reduction mastectomy would increase significantly. See Nipple-Sparing Mastectomy.

Contralateral Prophylactic Mastectomy (CPM) is a procedure that removes the unaffected breast in patients with cancer in one breast. The potential reasons for considering CPM in patients with a current or previous diagnosis of breast cancer are:

When considering contralateral prophylactic mastectomy in a patient with cancer, it is important to recognize that many women overestimate their risk of developing a second cancer. The usually quoted risk of a contralateral breast cancer in the general population of women with a prior breast cancer is 0.5-0.75% per year. The risk increases significantly among women known to have inherited mutations in BRCA1/2 in whom the risk of CBC is about 3% per year, with a cumulative 10-year risk of about 30%.

A detailed discussion of an individual’s risk of a contralateral breast cancer, the potential lack of impact of prophylactic mastectomy on mortality from the index cancer, and the significant benefit of endocrine therapy in reducing the risk of contralateral cancer should be included in the discussion.

Several studies have reported that the CPM rates have markedly increased in recent years, by 150% among US patients with unilateral invasive breast cancer from 1993 to 2003 from 4 to 11% in patients undergoing mastectomy . The risk of contralateral breast cancer (CBC) is reduced by about 95% after CPM but because risk of systemic metastases often exceeds risk of CBC, most patients will not experience any survival benefit from CPM.  A population-based study did show improved 5-year breast cancer-specific survival in the subpopulation of young women with oestrogen receptor (ER)-negative early-stage breast cancer.

The trend for increasing rates of CPM is most likely the result of multiple factors. Of these, the major influence is probably a change in patient attitudes and their choices, as they contemplate the benefits and risks of an increasing array of surgical options for breast cancer. Simultaneously, they are exposed to better information about future risks of contralateral disease and the ever increasing trend to have bilateral mastectomies to achieve a cancer treatment benefit, cancer prevention, cosmetically better symmetry of their breasts, and ‘‘peace of mind,’’ all in one surgical procedure. These approaches are however not for everyone, and it is the surgeon’s responsibility to ensure that their patients are properly informed about all their options and know the relative risks and complications, so they can be fully informed as they make these complex decisions. Rather than simply being alarmed by the trend, we should acknowledge that the rising incidence of CPM emanates from technological advances in our care and patient-driven choices.

An analysis performed using the US Surveillance, Epidemiology, and End Results (SEER) database showed that women choosing CPM are younger, white, and more likely to have lobular tumour histology. Additional studies have shown that more highly educated women were more likely to undergo CPM. One possible explanation for this finding is that these women are likely to be more informed about the options available to them through independent research. Treatment factors, such as immediate reconstruction, preoperative MRI, and unsuccessful attempts at breast conservation, were also associated with increased rates of CPM.

Patient satisfaction and psychological and social outcomes after CPM have been examined by several investigators. Frost et al, 2005 reported that83% of patients were either satisfied or very satisfied with their decision to undergo CPM at a mean of 10 years after surgery. Geiger et al, 2006 found that patients who underwent CPM were less likely to express breast cancer concern compared with patients who did not undergo CPM. More than three-quarters reported a high level of contentment regarding quality of life, and psychosocial outcomes were generally similar to those in breast cancer survivors who had not undergone the procedure. “Being satisfied doesn’t mean that everything is perfect,” says Geiger. “But most women really believe it was a good decision for them.”

There does not necessarily need to be a clear survival advantage for CPM to be a viable option for some breast cancer patients. For some women the rigours of undergoing routine follow up imaging, perhaps leading to further needle biopsies and then waiting for the “all clear” is unbearably stressful. As one patient said, “I couldn’t take the stress of frequent follow-ups, mammograms, and worrying about more surgery. It’s the best decision I ever made. I was back to work in three weeks.” 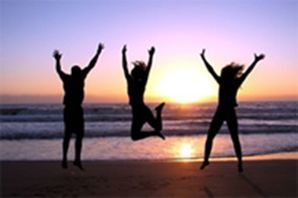