Delay between Diagnosis and Surgery

Most women who are told that they have a diagnosis of breast cancer experience acute shock and disbelief. Once the treatment plan is decided on for the woman, she will experience some relief of anxiety and distress, but now has to face the hurdle of receiving the planned treatment. In an evaluation of quality of life during diagnosis and treatment of breast cancer, it has been demonstrated that two of the most anxiety-producing and overwhelming times are waiting for biopsy results after an abnormal mammogram and initiating therapy after a diagnosis of breast cancer has been established. Given the above known negative consequences of a delay in therapy, centres should obviously strive for minimizing delays. On the other hand, breast cancer is not a medical emergency and it is much more important to carefully research important issues such as the appropriate breast surgeon and treatment options than to rush into ill considered snap decisions. 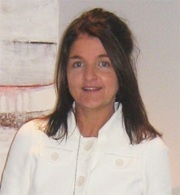 The impact of treatment delay on oncologic outcomes in breast cancer patients is poorly defined. Whether delay in diagnosis and treatment results in poorer prognosis cannot, for obvious ethical reasons, be evaluated by randomized controlled trials. The most thorough study on the topic was published in the Lancet in 1999, and this systematic review concluded that delays of more than 3 and more than 6 months probably do adversely affect survival by about 5-10% respectively at 5 years. When stratified according to tumour stage however, a delay of greater than 12 weeks had no effect on survival. In addition, the majority of retrospective studies that have shown decreased survival because of prolonged interval to treatment, have used onset of symptoms as the time from which treatment delay was measured, instead of date of tissue diagnosis.

The outcomes cannot therefore be assumed to be the same in the modern situation where increasing numbers of breast cancers are detected by screening/imaging in an asymptomatic phase. According to the latest local figures, in 2008 in Victoria, 30% of all invasive breast cancers in women over the age of 40, and 45% of all the invasive cancers in women in the screening target age group of 50-69 years were diagnosed via Breastscreen. A recent study from the University of Texas, Southwestern Medical Centre, looking at delay from the time of tissue diagnosis to treatment showed no overall effect on breast cancer survival of treatment delays of greater than 90 days, although numbers were small. The average interval from diagnosis to treatment in the study was 43 days. Ann Surg Onc, 2010.

The impact of delays shorter than 90 days is questionable and there is no general consensus on what constitutes an acceptable delay after a diagnosis of breast cancer. There is a reported trend in the literature for an increasing time interval between the diagnosis of breast cancer and surgical treatment over the last 10 years. For example the Lynne Sage Comprehensive Breast Centre in Chicago recently reported their experience over a ten year period which demonstrated that time to treatment had significantly increased. Patients treated in 1998 waited an average of 21.8 days for operative intervention, those treated in 2003 waited 31.3 days, and those treated in 2008 waited 41.1 days, which was a significant difference. Surgery, Hulvat et al 2010. 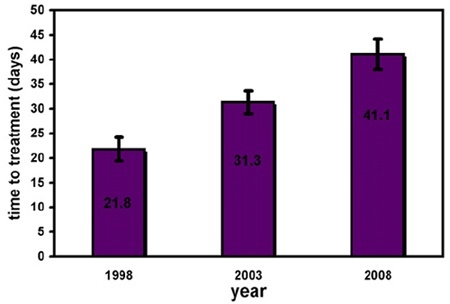 There are many potential contributing factors explaining this increase in the interval between diagnosis and treatment over time. Woman are increasingly being actively encouraged to make considered, informed decisions about their treatment rather than being pressured into making lightening-fast decisions. More woman are seeking second opinions. Younger woman may elect to see a fertility specialist preoperatively for discussion of egg harvesting/IVF. Preoperative fast-track genetic assessment is becoming more common in women who have a strong family history of breast cancer. The mastectomy rate is increasing, as is the rate of women undergoing preventive removal of the other unaffected breast /contralateral prophylactic mastectomy (CPM) and therefore more woman are seeing a plastic surgeon to discuss reconstructive options. Woman undergoing CPM also routinely undergo preoperative psychological evaluation. Immediate reconstruction at the time of mastectomy is becoming increasingly common and inevitably leads to significant delays in scheduling surgery (coordinating two busy surgeons to be simultaneously available at the same time as a free operating theatre, often for a very prolonged operation, is difficult, and often ends up being out of regular hours on a weekend.) 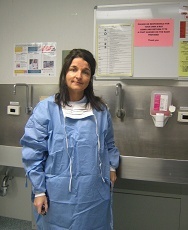 The proliferation of imaging modalities, particularly MRI, is also contributing, at least in part, to the increasing treatment delay. A 2008 study from Iceland found the average time between histological diagnosis and surgical treatment to be 41 days in those undergoing preop breast MRI and 27 days in those not. Fox Chase Cancer Centre in Philadelphia reported very similar results, finding preoperative MRI to be associated with treatment delay, with a mean interval from histologic diagnosis to operation of 56.9 days in pts undergoing MRI and 38.1 days for those who did not. J Am Coll Surg, 2009.

Most surgeons would agree that treatment delays of the magnitude discussed in the recent studies outlined above ie approx 40-60 days do not influence oncologic outcome, however may influence patient satisfaction, anxiety, and decision making, and as such efforts should be directed to help patients deal with this matter by providing appropriate education and counselling. Reassuringly, while intervals from diagnosis to treatment appear to be increasing, so too are breast cancer survival rates, and interestingly most of the studies of interval to treatment quoted above come from USA, which currently boasts the world’s best breast cancer survival !