Her area of special interest is in “oncoplastic” breast surgery, aimed at maximising the cosmetic result following breast conservation surgery for breast cancer using advanced surgical techniques, and nipple- sparing mastectomy and reconstruction, both in the preventive setting and as treatment for cancer. 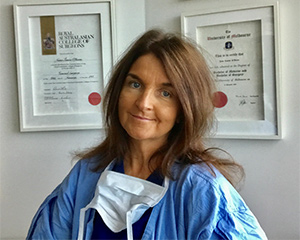 Jane completed her medical training in 1985, graduating from the University of Melbourne. Following advanced surgical training at St Vincent’s Hospital, Melbourne which she completed in 1994, she undertook a two year breast surgical fellowship in Melbourne and Edinburgh, Scotland. She then worked as a consultant breast surgeon in the United Kingdom for a period of eight years at a number of world class, internationally renown breast units. During her time in the UK Jane gained extensive experience in breast reconstructive techniques, and used this experience on her return home to become one of the first breast surgeons in Australia to enthusiastically embrace the fledgling subspecialty of oncoplastic surgery, which was at that time still in it’s infancy.

Following her return to Melbourne, Jane in 2005 established the Epworth Breast Service. She held a public hospital appointment as a specialist breast surgeon at the Peter MacCallum Cancer Centre from 2004-2013 and at Breastscreen Victoria from 2005-2017.

Jane has a particular interest in the treatment of breast cancer in younger women and genetic breast cancers, and in the organization and delivery of multidisciplinary breast cancer care. Jane’s main area of surgical expertise is “oncoplastic” breast surgery, aimed at maximising the cosmetic result following breast conservation surgery for breast cancer using advanced surgical techniques and also nipple-sparing mastectomy and reconstruction, both in the preventive setting and as treatment for breast cancer. 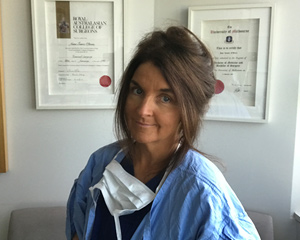 Jane sits on the council of the Australasian Society of Breast Surgeons (BreastSurgANZ) and is a member of their oncoplastic subcommittee. She is on the medical advisory board of Pink Hope, a preventative health organisation working to ensure that every Australian is empowered to assess and understand their risk of breast and ovarian cancer. She is also a member of the American Society of Breast Surgeons, the Australasian Society for Breast Disease and the Australia and New Zealand Breast Cancer Trials Group (ANZBCTG). 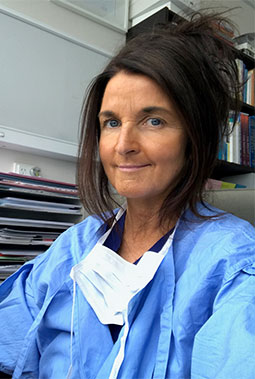 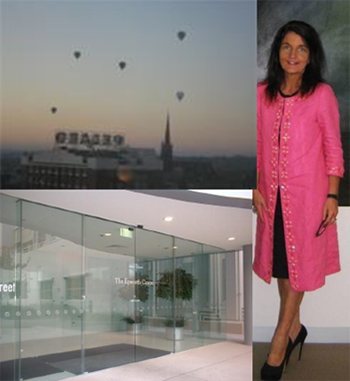 Medical Registration
Medical Board of Australia