Breast cancer risk is slightly higher among Jewish women than among other women. This increased risk is likely due to the high prevalence of BRCA1 and BRCA2 inherited gene mutations in Jewish women of Eastern European descent.

Individuals of Ashkenazi Jewish (Central or Eastern European) ancestry have a 1 in 40 chance of carrying a BRCA1 or BRCA2 gene mutation. This is at least a ten times greater probability than that of the non-Jewish population.

Some Jewish women and men are not aware of the increased prevalence of the BRCA mutations within their community, and it is therefore important that their health care providers are well informed on this subject, and pass this information on to their Jewish patients.

It is particularly important for your breast surgeon to know if you are of Ashkenazi heritage, and that is why this information is routinely collected on your patient registration form when you first attend “The Breast Centre” for your initial consultation.

If you are Ashkenazi and are concerned about your risk, talk to your GP about your family’s cancer history, mentioning that you are of Ashkenazi origin. If appropriate, they will refer you to a genetics clinic where a genetic counsellor will provide you with support and information and will discuss with you whether genetic testing is an appropriate option.

Help your doctor to help you

Ensure that your healthcare professional is aware of:

What are the BRCA1 and BRCA2 Genes?

All individuals carry the BRCA1 and BRCA2 genes, which belong to a class of genes known as tumour suppressors in breast and ovarian tissue. Everyone has two copies of each of these genes – one from each parent. In normal cells, BRCA1 and BRCA2 help ensure the stability of the cell’s DNA and regulate the cycle of cell division. Mutations in these genes can lead to the deregulation of cell division, causing uncontrollable cell growth. Thus, BRCA1 and BRCA2 gene mutations are associated with an increased risk of hereditary breast and ovarian cancer. Inherited mutations in the genes  BRCA1  and  BRCA2  are uncommon. Only about 1 400 individuals have a mutation. However, these gene mutations are more common in certain ethnic groups, and men and women of Ashkenazi Jewish descent have a 1 in 40 chance of having a  BRCA1 or BRCA2  mutation.

Having an inherited gene mutation on BRCA1 or BRCA2 does not mean a person is guaranteed to develop cancer, but the risks are significantly higher than for someone who does not have a gene mutation. Ashkenazi Jews are often described as having ancestors from Eastern and Central Europe, such as Germany, Poland, Lithuania, Ukraine and Russia, as opposed to Iberian descent (Sephardi Jews) or Middle Eastern descent (Mizrahi Jews). Ashkenazi Jews make up an estimated 75-80% of the world’s Jewish population. Today, most of the world’s 10 million Ashkenazi Jews live in the United States, Israel, South America, South Africa, Australia and New Zealand, with the largest population, 5-6 million, living in the United States. Everyone has some genetic mutations, but some mutations are particularly common among people who share the same ethnicity. Founders are small groups of people who have remained isolated with the result that a normally rare mutation continues to be present and becomes more common within the population. A “founder“ mutation is a specific gene mutation in a population that was founded by a small group of ancestors that were geographically or culturally isolated. Because the population was isolated, the rate of founder mutations in descendants is much higher than it would be if the population were larger and intermingling with more genetically diverse people. Ashkenazi are not the only group with founder mutations. For instance, there are 3 founder mutations in the BRCA genes in the Afrikaner population in South Africa. These individuals are descended from Dutch Huguenots who moved to South Africa in the 1650s. As the initial population group was bigger, the frequency of these mutations is lower. The likelihood of an Ashkenazi Jew inheriting a BRCA mutation depends on a number of factors including: 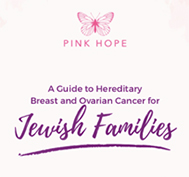 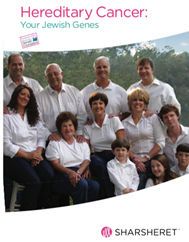 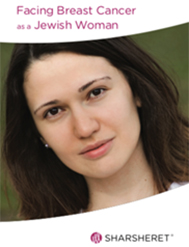 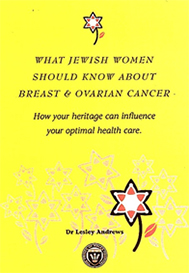 Is it time to offer BRCA1 and BRCA2 testing to all Jewish women?