Do women prefer to see a female breast surgeon? 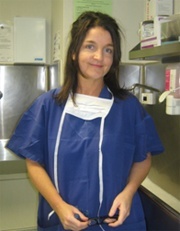 “Yes” says a Scottish study. Consecutively referred patients to a breast clinic completed a questionnaire giving three options for consultant breast surgeon: male, female or no preference. 2/3 had no preference. The 1/3 of women who expressed a preference, all preferred a female consultant. None of the patients preferred a male surgeon. BMJ 1998. Women who stated a preference for a female surgeon made comments such as “women are easier to talk to” and “I feel less embarrassed with a women”. Patients who preferred a female surgeon were on average younger (35 vs 42 yrs), a trend strongly supported by the personal experience of Jane O’Brien in her own breast surgical practice.

The preference of women for female breast surgeons creates a potential supply/demand problem. Whilst the proportion of women in medicine is progressively increasing, some specialties remain male dominated. According to the Royal Australasian College of Surgeons, females make up only 7% of all qualified surgeons. In 2006 only 24 of the 332 surgeons in South Australia were female.

A recent UK report predicted that the majority of all doctors in the UK after 2017 will be women. In the UK, since the early 1990s more than half of all new medical students have been female. Compared with the early 1960s, the number of men entering medical schools each year has doubled, but for women the number has increased 10-fold. 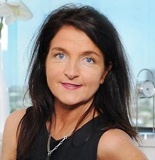 Women there form a majority of entrants to most speciality training and women already make up 40% of all doctors, 42% of GPs and 28% of all consultants. Specialties like general practice and public health medicine, with set hours, become oversubscribed with women working part-time. Meanwhile other specialities, like surgery, that typically are less appealing careers to women because of the long hours, remain male-dominated with few women rising to the top. This may be particularly apparent in the private sector, with many female surgeons preferring the shorter, more predictable hours of the public hospital system over the unpredictable and longer hours in the private sector, which involves being on call for patients 24 hours a day seven days a week, and some female surgeons may therefore elect to avoid the onerous commitments of running a private surgical practice for lifestyle reasons. The UK report claims that discrimination is no longer a barrier to the career progression of women doctors in the NHS – something backed by research. A study in the British Medical Journal of UK medical graduates found although a smaller proportion of women than men progressed to senior posts, the career paths of women who had always worked full-time were very similar to those of men.

The president of the Royal College of Surgeons of England, John Black, said: “This report provides useful evidence on how medical students choose what to specialise in and offers future areas for debate and research that will prove vital in ensuring surgery gets the best qualified candidates.

“One of most interesting findings is that women tend to favour predictable work patterns, and human interaction over technical disciplines. Managing surgical cases is both highly unpredictable and technical, going some way to explain why there are fewer women going into surgery.”

Are there differences other than gender between female and male breast surgeons? 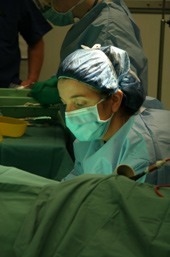 It may not however be appropriate to extrapolate these conclusions regarding physicians directly to surgeons, as there is data suggesting strong inherent personality differences between surgeons and physicians.

Surgeon gender has been found to play an important role in both the surgical and post surgical care of breast cancer.

Patients with early stage breast cancer who were seen by female surgeons were more likely to receive breast conserving surgery as opposed to mastectomy than patients seen by male surgeon according to a US study. In this study there were no associations of patient demographic or personal characteristics (including race or ethnicity, marital status, urban vs rural residence) with female physicians, but higher education had a strong association. It was concluded that women with female breast surgeons may differ in other characteristics, such as beliefs and attitudes, which could influence both physician selection and surgery preference. Study participants with female breast surgeons recalled being offered more sources of information about treatment than those of male physicians. Arch Surg 2001.

A 2006 study reported similar findings, concluding that patients with breast cancer are more likely to have breast conserving surgery if their surgeon is female or has a large case volume than if their surgeon is male or performs relatively few procedures. Med Care 2006. 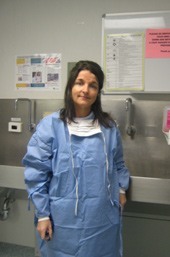 A more recent study also found surgeon characteristics, such as gender, training, year of graduation, and volume to be significant independent predictor of breast conserving surgery. The comment was made that efforts to differentiate whether these associations reflect patients’ preferences, quality of physician training, surgeon attitudes, physician-patient communication, or other effects on decision-making are warranted. Annals of Surgery,May 2009. This is a very relevant issue, which comes back again to patient factors that may potentially influence surgeon selection. A recent population-based study reported the proportion of women with unilateral breast cancer who underwent simultaneous contralateral prophylactic mastectomy (CPM) ie bilateral mastectomy, to have increased by 150% between 1998 and 2003. Patient age, tumor size, positive family history and lobular histology were factors associated with CPM. Interestingly, female surgeon gender,was also a striking independent predictor of CPM. Arrington,Annals of Surgical Oncology 2009. Another study in the same journal by Jones however identified that women who chose to have CPM were younger and more highly educated; the very patient population that has been shown to bemore likely to see a female breast surgeon.

Whether a woman receives radiation treatment after breast cancer surgery may be influenced by the gender of her surgeon, according to a report from The Journal of the National Cancer Institute. Because radiation therapy following breast conserving surgery has been shown to reduce local recurrence as well as to improve both disease-free and overall survival in women with localized breast cancer, it is recognized as an indicator of quality of care. The study, published in 2008, investigated the association of surgeon related factors with receipt of adjuvant radiotherapy after breast conserving surgery, and found that patients who received radiotherapy were more likely to have a surgeon who was female. JNCI 2008.

A study of older women (defined as at least 55 yrs ! ) found that women with early stage breast cancer cared for by female surgeons were more likely to receive standard therapies- defined as primary treatment with definitive standard surgery or systemic adjuvant therapy with chemotherapy and/or hormonal therapy. The data did not support the contention that the observed relationship is because different kinds of women seek care from female surgeons than seek care from male surgeons. The observation that therapies do vary in relation to surgeon gender suggest that female and male surgeons may interpret differently the available literature regarding treatment efficacy and effectiveness. The study concluded that female surgeons may weigh the evidence more carefully and discuss it more comprehensively with their patients. The data supported the assertion that some high-risk patients may be undertreated, more often by male surgeons. Rather than deciding what is best for patients and making assumptions about the importance of factors such as risk of recurrence, out-of-pocket expenses, and difficulty getting to and from treatments, female surgeons may explore more explicitly the weight that women give to these considerations. Silliman, R A. Medical Care 1999.