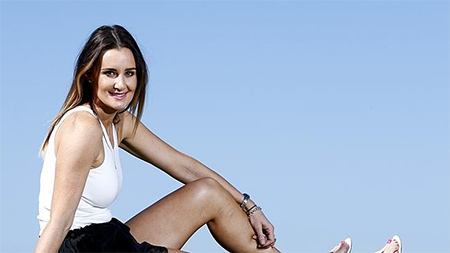 TACKLING a simple 10km run is nothing for Justine Costello. Seven months ago, she made a most courageous decision.

At 29, the mum of two underwent a double mastectomy to rule out the high risk she had of developing breast cancer after finding out she had the BRCA2 gene.
Mrs Costello said having the “inspirational” event as a goal helped in her recovery.

“I thought it was a good goal and a good challenge to get back into fitness and it helped because sometimes it can take months to recover from these things but I was out running six weeks after surgery. It’s inspirational because everyone is running for a reason.”

Today she wants to send a message to other young women that they should not be scared about preventive surgery and how they will look. 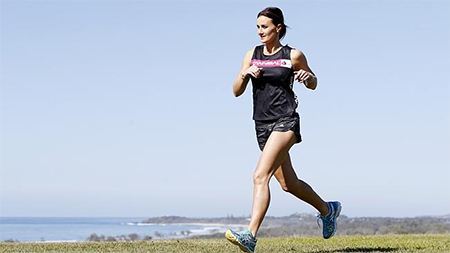 “I think that’s the main thing for people my age that could go have this gene testing done – they worry how aesthetically they’re going to look and it scares them off,” she said. “At first it scared me off. I was really worried about how I’d look afterwards and I know it sounds vain but when you’re young that’s a big deal.”

Mrs Costello had gene testing in 2011 because of a strong family history of breast cancer. She lost her grandma to the disease and her mother at 52. After already having four-year-old Carter, Mrs Costello waited until she had daughter Ivy, now 1, before she had the surgery in Melbourne.